After a short absence, brewmaster Steve Altimari and John Anthony burst back onto the craft brewing scene with the launch of a new brewery called High Water Brewing and the promise of some “seriously good beers.”

The flagship brew – dubbed “Hop Riot IPA” and described as an “American IPA with a definitive ‘Left Coast’ attitude” – will be among the first offerings from High Water Brewing.  It will be joined by “Retribution Imperial IPA” and “Old and In the Way Barley Wine”.

He promises the initial offerings “will be followed by other innovative and exciting brews.” Beer fans can expect that promise to be fulfilled because creatively brewed beers with playful flavor surprises are hallmarks of Altimari’s style.

After his departure as longtime brewmaster for Valley Brewing, Altimari decided to launch a new enterprise and take the craft of beer making to the next level.  Leveraging his successful 15 year industry career, he partnered with John Anthony and Lane Anthony, also both seasoned veterans of the craft brewing industry, to start their own California Bay Area brewery.

In addition to serving as Brewmaster, Altimari is the company President; John Anthony is CEO and will head up the sales effort. Lane Anthony is Board Secretary and will also be involved with sales. The High Water team is rounded out by legal counsel Kevin Sweeney and CFO Davin Abrahamian.

Inspired by the most creative brewing practices and styles across the world, Altimari and the father-son Anthonys have combined their visions of “creating unique, flavorful beers and distributing them to as many people as possible.”

Altimari will craft High Water beers at Drake’s Brewhouse in San Leandro, CA, and fermentation will occur in High Water tanks at the same location. High Water beers will be available in 5.0 and 15.5 gallon kegs and also bottled in 22 oz bombers.

Building on a relationship that Altimari and the Anthonys have developed over a number of years with that brewery, “Drakes seemed a natural fit for us because each of us has worked with them in one capacity or another, from distribution to collaborative brewing,” said John Anthony. “When Drakes owner John Martin agreed, we were ecstatic.”

About the Company: Based in San Leandro, CA, High Water Brewing is a partnership with principals Steve Altimari, John Anthony, Lane Anthony, Kevin Sweeney and Davin Abrahamian serving as company officers and on the board of directors. Currently, capital is being raised for the new venture and the board has authorized the sale of one million shares at ten cents per share, with a minimum investment of $250 and a maximum investment of $25,000.

You may recall the formerly wonderful beers of Valley Brewing in Stockton, California. That was due to one singular reason, their longtime brewmaster, Steve Altimari. Steve’s beers have became some of the most creative, innovative and diverse of any brewer. He perfected one style after another and brewed some truly experimental gems. His Uber Hoppy Imperial IPA was one of the best and his London Tavern Ale, a delicate English-style mild was a great session beer. But back on June 12th of last year, Steve was summarily dismissed under circumstances that could charitably be termed “odd.” I got the full story a couple of days after that, when I spoke to Steve in New York, where he was vacationing with his family. The owners initially told him that they’d sold the brewery (something he himself had been trying to do at that same time) and that the new bosses no longer needed his services. That tuned out to be not true in the least, and they instead brought in a scab brewer who flew in from Bend, Oregon, apparently, to do the brewing. I’m told they also locked Steve out of the brewery and refused to return his personal property that was there, including beer, barrels, etc. The good news was that since he’d been trying to buy Valley brewery, he already had investors and a management team in place.

So it’s six or so months later, and I’m pleased to announce that Steve’s new brewery — High Water Brewing — has begun brewing. They’ve set up offices and cold storage in San Leandro, California, near Drake’s Brewing, whose brewing equipment they’ll be using to make High Water’s beer. They’re also installing their own fermenters on site but will store the finished beer in their separate offices nearby.

The beers will debut on draft — 5 & 15.5 gallon kegs — in February during SF Beer Week (yet another reason I can’t wait for SF Beer Week!). Packaged beer, in 22 oz. bottles, will follow in early Spring, most likely in April. You can see the new labels on the website. They’re also still seeking additional investors, and if you’re interested, you can read about High Water’s investment opportunities. 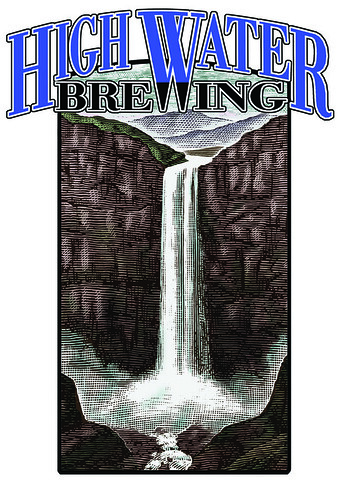 In the interest of full disclosure, the name High Water Brewing was suggested by me in a post back in June when this all went down, and after an exhaustive search, my suggestion turned out to be the one they liked best. The founders of the brewery were kind enough to thank me by awarding me some shares in the company, giving me a very teeny tiny interest in the company, essentially a symbolic, but very much appreciated gesture.